Bassist Kai Eckhardt made the debut of his new signature bass, built by Parizad Hatcher, on Shambhu's new album, "Lilac Skies”. He called it, “the inaugural throw-down!” This is the second album with Kai Eckhardt on bass. Kai also appeared on Shambhu's award-winning second release, Dreaming of Now. Shambhu and Kai also played together at the SF Music Tech Summit, and a Gigaom party in San Francisco. "Kai's performance on my album is a masterclass in how to play bass; the bas
51 views0 comments 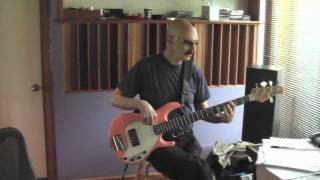